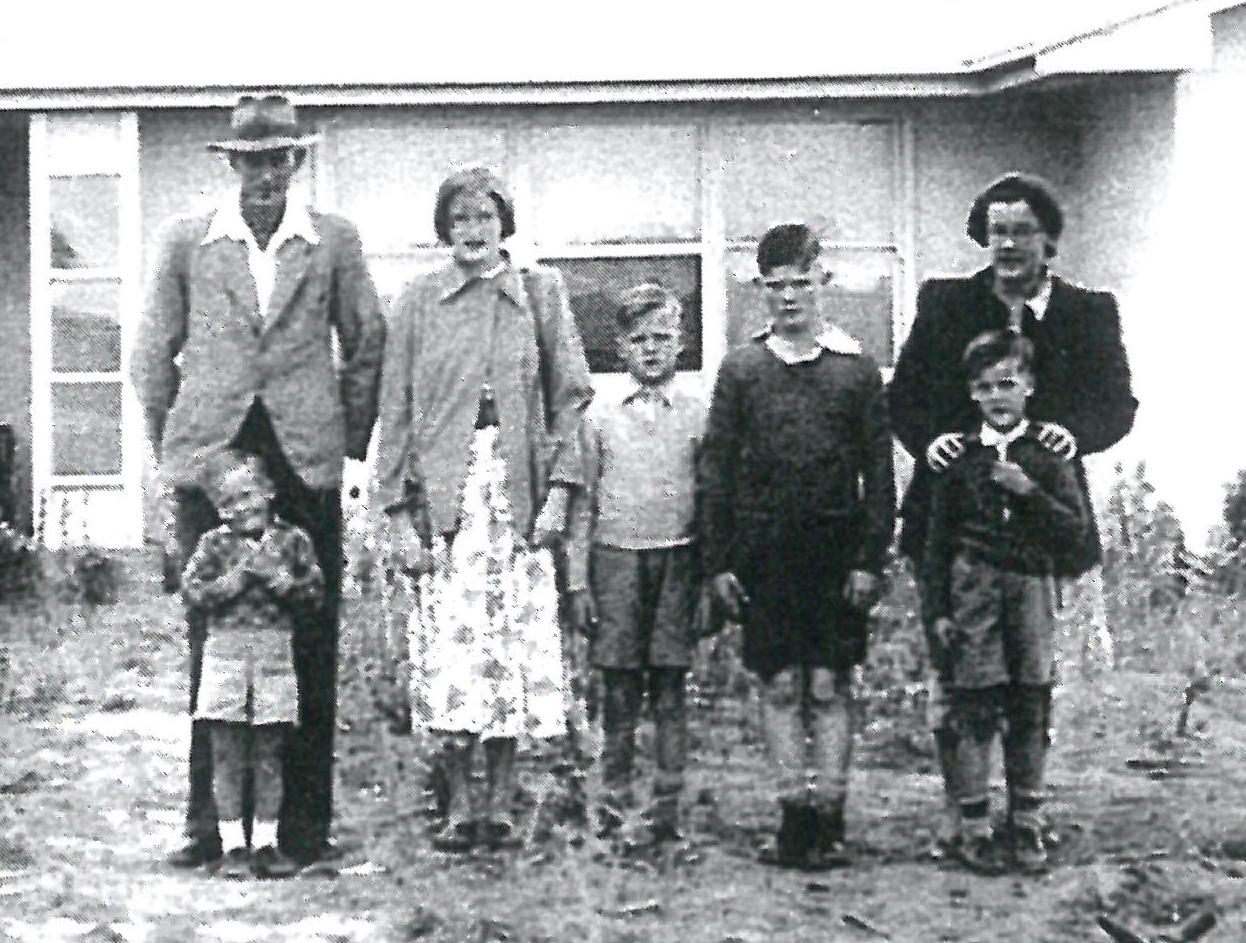 Jack Vigar was on his way to Kangaroo Island but his wife, Nell, was determined that he wasn't going without her and their five children. Jack had been accepted into the War Service Land Settlement Scheme and had received a chit to allow him to sail to KI on the MV”Karatta'. He was meant to live in the newly built singlemen's quarters at the Parndana East Camp but Nell had other ideas. In April 2018 , from the 25-29th the Parndana community will celebrate the arrival of the Vigar family as the first family of the 174 who would eventually settle on farms in the western half of KI.

The scheme was just beginning in 12th March 1948 when they docked in Kingscote on a Race Day night when there were no beds available in the town. The Captain kindly let them sleep on the ship; rather a noisy 'sleep' as it unloaded through the night. Next morning the Overseer, Bert Oldfield arrived with a truck to take their furniture, Nell drove their 1927 Overland car with four children on board and Jack rode his 1929 Levis motor bike and the convoy made its way up the Kohinoor to the Camp. The work of clearing 250,000 acres of Crown Land to create farms for ex servicemen was barely started and the Camp was still being built.

Unfortunately Gene Raymond, the man responsible, had experienced a few problems. He had dismantled the Loveday Internment Camp in the SA Riverland and shipped the huts over in sections. When they were offloaded they were dumped in a ¾ mile stretch across a paddock and he had to rebuild them into family flats and huge workshops.

The shell of the family huts were build but when Jack and Nell moved in there were no doors or windows. Son John remembers the possums coming and going freely over the first few days as the family settled into the two bedroom flat. Son Ted joined the family later and worked for Mr Raymond building the twenty flats then became an apprentice mechanic for the Lands Department which administered the Scheme.

The Vigar family finally moved onto their block in 1952 . Their youngest son Peter was the first boy born to a Camp family, the first child having been Mr Oldfield's daughter Mary. Son Robert at 2 years old decided to follow his dad who was driving a dozer and walked off in dad's tracks. A search party was called out when Nell realised he was missing but luckily he was found that evening by a local roo shooter who heard a strange noise in the bushes and investigated before shooting!

Jack and Nell's daughter Miriam attended Kingscote school and then worked in the LDE Administration office. Son John still lives at Parndana after a long career as a local shearer, He and wife Dorothy are now valued volunteers at the Parndana Museum.

Nell came along to Parndana, will you? A reunion for the Soldier Settlement scheme will be held from the 25th - 29th April this year and anyone with an interest in the history of the western end of KI is invited to attend. The organisers would like everyone coming to register so that we can plan appropriately. Too often it's the local's who don't attend reunions so please KI don't let that happen. For more information contact 0428842853 or email This email address is being protected from spambots. You need JavaScript enabled to view it. Please pass this information on to family and friends who might be interested.